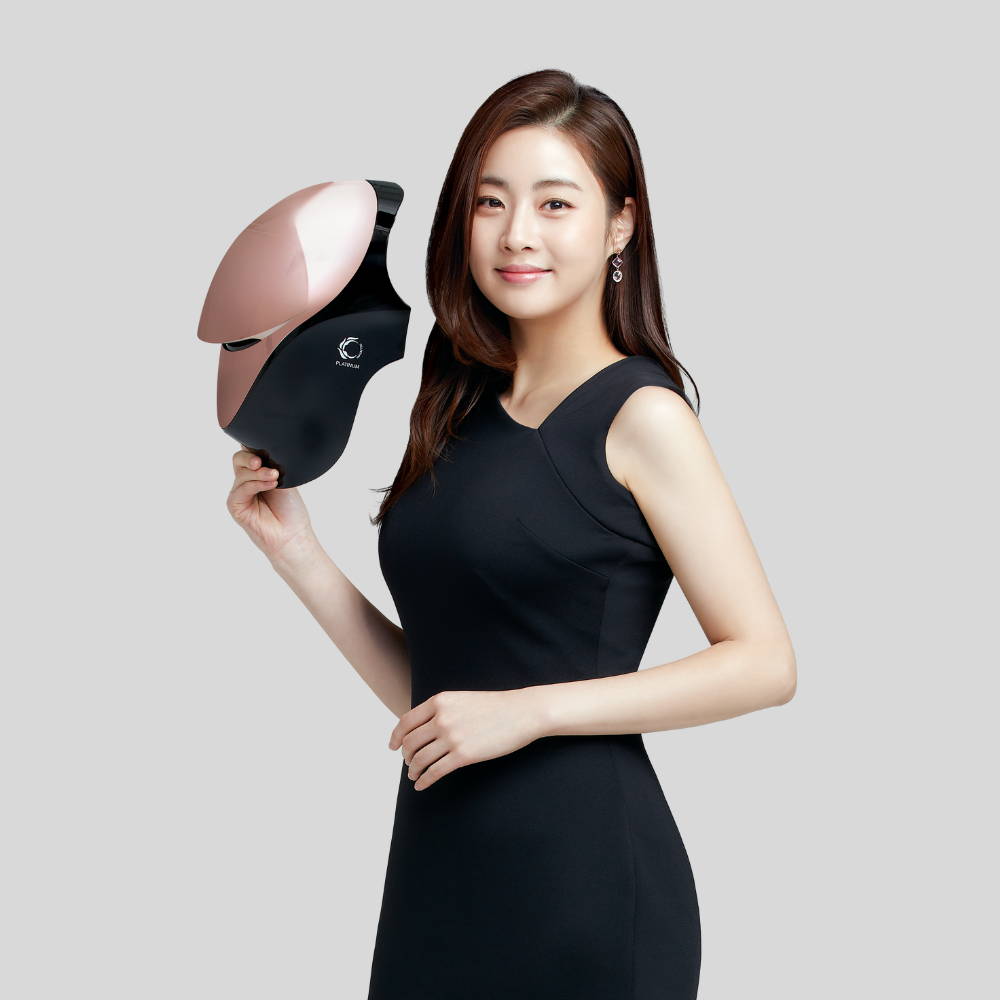 Check out the latest Cellreturn
Experience on youtube, SNS. 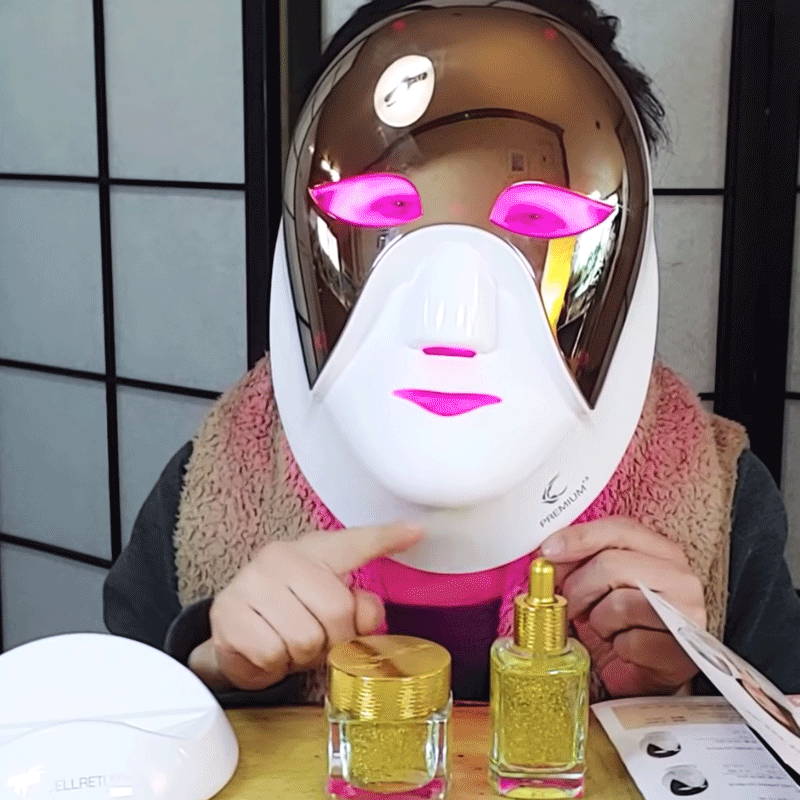 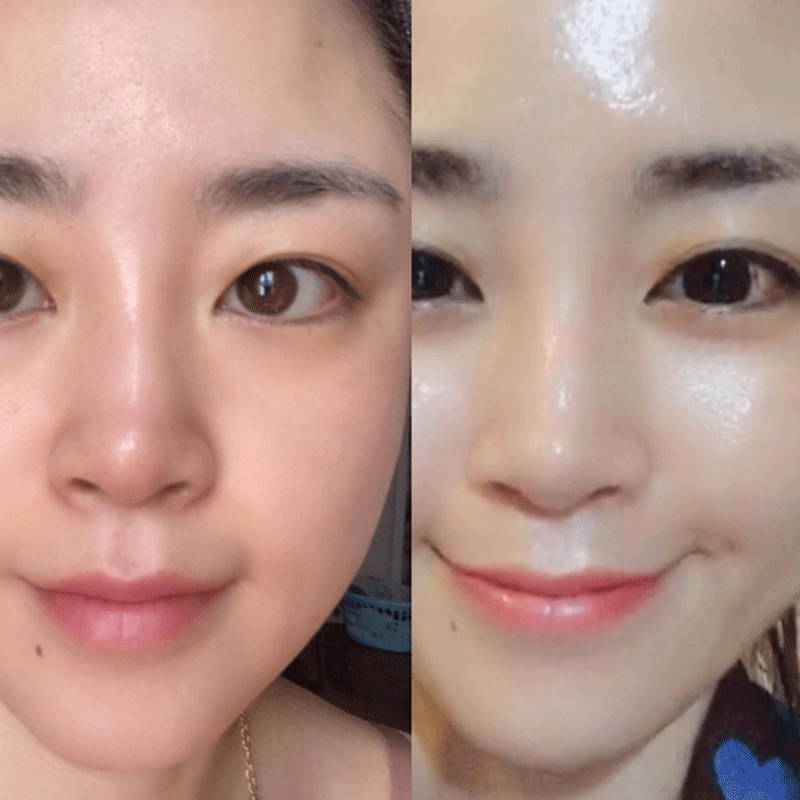 YU SUN MIN (27 years old, Fashion Designer)
Before: My face was dark and my dark circles were terrible. I had pimples on my face.
After: My face sparkled, my face brightened. I can't see the dark circles on my face. My face has become soft. The best thing is, my face turned white.

Since entering my 40s, I have used Cellereturn LED Mask Platinum in the red mode for 30 minutes daily when I get home from work! When I sometimes sleep without using the LED mask, I feel the formation of dead skin cells the next morning. It has therefore become a daily routine, like applying a toner or lotion. Every time I use it, I feel that I am receiving a skin care service and my skin condition has clearly improved. At first, I purchased it doubting whether LED can enhance the condition of my skin, but as a result of daily use, I am feeling its effects and using it very happily. I will experience steady changes using the product for a longer period of time ahead. Thank you for making a good product.

I've been using the CellReturn for about 11 months.

As I got older, my skin became less elastic and my color felt dull.. so I finally got it from my husband! haha

At first, I wondered if it would actually work, but now surprisingly, ma facial is so amazing!

My skin is so dry in autumn and winter.

I got to know ma sis. She highly recommended it to me!

I thought I wanna buy it coz her skin changed day by day.

There's been a lot of changes since I started using it!

It's so cool to see the moisture and pores disappear!

In fact, the reason I first used it was my strong recommendation from my wife.

Now I use the mask first, and wipe uses the mask after I use it^^

I've been using it for several months as my wife is saying that I feel like my skin is getting brighter and brighter.

I'm expecting that if I manage, I'll get old a little slowly..

I feel like my skin is changing a little bit~

I used to use the blue mode on the day i have a trouble on my skin, it feels better than when I'm not using it. The effect is great!!!

It has been about 6 months since I used it and my face skin tone has chaged brightly.

I want to have more effects by using it continuously. Hope I can be like Kang So-ra.

I've often heard "you look so good, especially your skin"

Honestly Im confident in my skin.

btw when I was over 40 years old.. Im depressed coz I realized it wasnt the same as before... never go back before..

but, I finally met! so amazing led mask. I got to know from ma sister.

I finally decided to buy coz a lot of reviews for Cellreturn.

Im sure if I use it regularly, it really work.!

Ma darling is teasing me looks like an Iron Man. kk but it's not a big deal. haha

Try it everday, get back to you!

It's been almost two years since I started using Cellreturn products.

Since my husband was worried about skin tone, I used it together.

After washing my face in the evening and spending about 20 minutes for LED mask, I feel that my skin tone is brighter.

My husband was also satisfied and felt very good.

I recommended it to my sister to use it.

From the late 20s, ma skin it's too dry, and I thought I need to newbie for ma skin. so I bought this one.

Coz, full disclosure, I didnt really listen the first time you told me. I thought how loooong it works.l

I felt the effects from the first day!! So cool!

Just only for 3 weeks! cannot believe this!

All the friends around me were using it, but I didn’t… I was going to buy them after seeing their changed skin.

My husband, one day, honey...You have honey skin.

I've been using it for ten days now.

I smile because of the skin that's going to get better.

When the blooming spring comes after COVID19, Instead of wearing a disposable mask, I want to go around bragging about my pretty skin.

I have to use a disposable mask when I work. So, sensitive skin became more sensitive, had trouble, and taking medicine was no use.

After I bought CELLRETURN led mask and used it from time to time. Now the trouble has been alleviated.

I use fast mode when I go to work, and I use it steadily after work except for tired days.

Thank you for making good products. I'll keep using it.

One more! Good thing is that you can use it on your face without makeup after washing your face,

but it's good because you can use it after applying basic cosmetics.

I used it often for about 3 months, but I'm satisfied because my skin tone feels brighter. It's very nice that my son bought me a present.

I'm also goting to ask kim to buy me the CELLRETURN Neckle-Ray for neck skin.

It's a CELLRETURN Platinum LED mask that I bought for my wife's gift, I got scolded for using it more than my wife did.. LOL

I used it in pink mode for more than a month, but I could see that my skin keratin and pores were reduced!!

I feel even better because my wife complimented me on my skin!

I will use it more consistently and show you how my skin is changing!

I bought it for myself, but my husband has more effects and uses it exclusively.

He has deep wrinkles, trouble, pores and has a dark skin tone, but people around him are saying that he looks younger.

So, he is using it everyday. It's makes him so shiny.

I was worried about acne problems, pores, nasolabial folds, and lack of elasticity.

I spent a lot of money on dermatology for a while but it was only effective when I was taking care of it.

After receiving Cellreturn Platinum as a gift from my husband, I used RED mode and pink mode 3 times a week since August last year for about 8 months.

I heard that my skin elasticity has definitely increased even though I just put on sunscreen and BB cream slightly only.

Only 20 minutes investment for me. I am so happy to meet Cellreturn Platinum ~♡

I bought it right away after a week of experience with my family.

It fits me well and I take care of it every evening, but it's definitely different from before.

Your skin tone will get better and you'll get makeup done the next day.It's a little expensive,

but I think I bought it well considering the cost of being managed outside.

I'm satisfied with it. I'm so lazy that I use this product two or two days ago,

but it's easy to use and most of all, it's effective, so I have to use it.I'm going to keep using it

When I first used it, I started with the expectation board flutter, and after using it for a month, I noticed changes in facial tone and pores clearly.

The face was softened and the face was partially contrasted. It has changed significantly. This week is about 3 months of use, but I am very satisfied.

A lot of people around me use it, so I got a lot of recommendations.

It's been exactly six months since I started renting it at the end of August.

When I was a kid, the pores were wide and the skin tone wasn't consistent.

For the first three months, i used it everyday and the second half of the three months became a little lazy

so i used it three to four times a week with red mode and cleansing my face and used mask pack.

I'm uploading a picture that I took with my own app.

Clearly, pores have shrunk and pimples have become blurred.

And in the past, if I didn't scrub, I could feel the sebum on my nose with my hands,

but it disappeared and something elastic was felt on my hands every time I wash my face.

Anyway, I am completely satisfied.

I don't want to go to the dermatologist once every six months anymore.

It's not a dramatic effect, but it's good to feel the skin texture that keeps getting prettier.

I don't want to go to the skin shop honestly.

I started to use Platinum mask as i think it'd be better than doing nothing.~~^^

I'm using it to match my age to red nomally and use blue when I have a lot of outdoor activities.

I can't keep doing it every day but...I feel like my skin tone is getting clearer.

I'm using it with satisfaction.